The Wu Xing, commonly known as the Five Elements of nature are phases of movement or change. The theory of Wu Xing is central to the practice of Chinese Medicine.

They describe stages of the constantly moving cycle between Yin and Yang. The Five Elements include Wood, Fire, Earth, Metal and Water.

Five Element theory arose from the ancient Chinese observation of nature around them.

Wu translates as five. Xing is translated most commonly as elements, though may also be translated as phases, forces, nature, transformations, walking or moving. Considering the range of translations guides us to a deeper understanding of the dynamic states that they describe.

The Five Elements are not static descriptions but described dynamic interactions. Each element is a description of one phase of constant movement. Each phase maintains a relative kinetic balance with the rest.

These phases of movement describe stages of the growth cycle from birth to death. They can be used to describe the phases of life that we pass through.

They are a manifestation of the ways in which the movements of Qi are guided. Within this is contained all the basic materials and movements within the universe.

The Five Elements can thus be used to describe everything in existence, and their relationships to everything else.

In the body, all of the internal Zang-Fu organs have a Five Element association.

Description of the Five Elements

The Wood Element describes a period of flourishing and growth. It is the Element of Spring and new life, being filled with vigour and vitality. The movement of energy at this time is outwards. It is a time full of promise, making plans and looking forward.

We come from an ultimate stillness in the womb, a place of Yin within Yin. Once we enter the world, drawing into ourselves the energies of heaven and earth with our first breath and first food, we begin the process of growth.

This is the time of our Yang energies increasing, the period of Yin within Yang. We are still small and Yin, however, are filled with the growth and vitality of Yang.

This is the Wood phase when we are infused with the upward movement of growth and development. Over the course of our lives, we equate this period to childhood through adolescence.

From Wood, we move into Fire, Yang within Yang. Fire is the Element of Summer, filled with warmth and activity. The movement of energy at this time is upwards, ascending. This is a time of being busy, connecting and laughter.

This is the period of maximum activity when we are highly productive in establishing our identities, careers, families, social networks etc. This is the time of young adulthood.

Earth follows and is the period of harvest, relating to late summer. This is when the fruits of summer are ripe for the picking. The movement of energy is central, stable, not dynamic. This is a period of receiving nourishment.

It is associated with balance and does not correlate to one of the four movements of Yin and Yang. It is central in nature, representing the changes between seasons and the axis around which the other phases are oriented.

This is when we reap the bounties from our actions of the Fire phase. Our careers advance, our families grow and we settle into our homes.

Metal is the phase where Yang energies remain, but we move into Yin. This is the cleansing period of Autumn when energy begins to move inwards.

We begin to internalise our energy, winding down our activities. We reduce our workload, retiring into a position of respect as is affiliated with the element of Metal. This is the time we become an elder.

This is the time we draw from our storehouse of wisdom and learning, a time of reflection for our soul and a time when dryness begins to take hold and make our bodies brittle.

Water is the final phase of the cycle. It is the time of winter when energy moves downwards achieving stillness. Everything is cold and contracted.

Our activities slow down and we enter a period of rest, preparing to move onwards and close the cycle.

We return to the earth below us, providing the seed for new life to be reborn. We have reached Yin within Yin once more. From here the generation cycle can begin anew.

The relationships between the Five Elements

The Generation, or Sheng cycle, describes how each element nourishes, or creates, another. This is commonly referred to as a Mother-Child relationship. Each element is Mother to one element and Child to another.

This cycle describes how the elements tend to support, feed and create each other. They work together in harmony to produce everything in this world

Therapeutically this means that an important method to strengthen an element is to nourish its mother.

This sequence is circular, ie it returns to its own beginning. From the stillness of Water is born Wood, giving birth to Fire and so on until we return to Water.

This process can be described as

The Controlling, or Ke cycle, describes how each element keeps another in check, controlling its behaviour. This is commonly referred to as a Grandmother-Grandchild relationship.

Each element exerts control over another, restraining its growth. In turn, it is controlled by another.

Therapeutically this means that to control an excess of an element’s behaviour, one can strengthen or empower its grandmother.

Being an intertwined system, a means a dynamic balance is maintained between all Five Elements.

This process can be described as

Imbalances of the Control (Ke) cycle

In this circumstance, the Grandmother element overacts on its Child element. This means that it exerts too much control, stifling the natural growth and expression of the child.

This results in an abnormal condition where the Child Element is deficient in its expression.

Here the will of the Child Element is too strong, and it counteracts (rebels) against its Grandmother Element. This is also known as the insulting sequence.

This is an adverse condition as the direction of control is against the natural flow.

How to balance the Five Elements

Deficiency or excess of any element tends to disrupt the dynamic balance. This, in turn, influences the other elements due to their dynamic, intertwined relationship.

Illness can be corrected by restoring the dynamic of the Element that is too strong/weak. The way to balance the Five Elements is by:

Do you experience pain or struggle to find the energy for your busy schedule?
Is finding the time for relaxation difficult, leaving you feeling lethargic and stuck?
Would you like to find out how Chinese Medicine can help you reclaim your health and vitality?

You are invited to reach out and arrange a no-obligation, 15-minute phone call to discuss how Chinese Medicine can help you.

*(T&Cs – this complimentary consultation is only available to new clients)

In Constitutional Five Element acupuncture, also known as Worsley acupuncture, it is viewed that one imbalanced element is at the core of all dysfunction in a person. Somewhere early in life, whether in birth or early childhood, we develop a constitutional weakness in a particular element.

This arose from our physical and emotional experiences that led to our habituations and patterns. Ultimately it becomes the weak link in the dynamic balance of our elements.

Water may become the Constitutional Element for someone that was raised in an environment where fear was used as a tool of control. They feel unsure that they are doing the right thing and try to accomplish everything, displaying determination and persistence. This often covers a deep sense of fear

Metal may become the Constitutional Element for someone that was raised in an environment where they were not honoured or respected. They may hold high standards for themselves, striving to earn that respect and honour. This may sit above a deep sense of grief.

Wood may become the Constitutional Element for someone that was raised in an environment where excessive rules and disciplinary actions were the norms. They may have issues with their boundaries, and the ability to set limits.

Fire may become the Constitutional Element for someone that was raised in an environment where there was a lot of hurt and lack of connection. Relationships become of utmost importance, a craving for connection existing. Sadness or a lack of joy may sit with them internally.

The result of this is poor health which may manifest physically or emotionally, preventing us from truly living our full potential.

Thanks for reading this far. Have I missed your question? Was something unclear? Let me know in the comments below, I read and respond to every one! 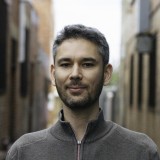 Jason is the owner and principal practitioner at Dantian Health, providing consultations for Classical Chinese Herbal Medicine and Japanese Acupuncture in Melbourne, Australia.

He is a nationally registered Acupuncturist and Chinese Herbalist, qualified shiatsu and tuina therapist and the director and educator in Shiatsu and Oriental Medicine at the Australian Shiatsu College.

In the spirit of reconciliation I would like to acknowledge the Wurundjeri Woi Wurrung people of the Kulin Nation, the traditional custodians of the land on which Dantian Health operates and pay my respects to their Elders - past, present and emerging, for they hold the memories, the traditions, the culture and hopes of Aboriginal and Torres Strait Islander peoples across the nation.

wpDiscuz
3
0
Would love your thoughts on this article, please leave them in the comments.x